9 Takeaways About The LAW From The Last Year

“The beginning of freedom is the realization that your Public Trust is there to serve your Life, not take it. The Power of your Life is found in your self-awareness, for we intuitively know that no other man or woman was born as our master.”

This quote is taken from a document called “Living in the Private” which I have used elements of myself to deal with the summons I got for speaking at a rally on April 10, 2021 in Simcoe, ironically in the parking lot next to the corporation that forced me into an unpaid leave of absence in January because I was unwilling to wear a guise. CORRECTION: The corporation did not force me, it was the man acting as manager and the woman acting as frontend supervisor who coerced me to sign a form I was not given a copy of nor time to review which is unlawful.

I don’t blame them because I recognize they were coerced into being the bully and bystander (witness) in order to keep their positions, however their souls accrued the karma for their choice to act against their conscience, nonetheless, and lose respect. I don’t envy that nor the circumstances they submitted to.

This afternoon, whilst working on this message, I was sent to a local charity shop on behalf of my Papa to carry on Grandma’s tradition of donating money for Christmas and was greeted with “where’s your mask?” followed by “then you can’t be in here” until I waved the cheque I was coming in to offer, which was responded to with “O, well we’ll take that.” I held my ground and demanded a receipt given I was acting on behalf of a man who identifies as a ‘tax payer’ so I wrote our address on the paper provided and didn’t even try to engage in conversation, aside from commenting on the hypocrisy which she tried to defend but I didn’t care to engage with. The amount of shame, blame, denial and justification of inhumane practices is pretty mind blowing, but daring to stand in our power despite the push back breaks the spell of not-nowness that False Evidence/Emotion Appearing Real otherwise holds us captive to. I did a short rant with an empowering perspective you can check out here, along with the message I’d made on my way in about being a thought farmer.

The madness that False Emotion Appearing Real drives us into is pro-found, as are the karmic consequences of complying with orders at the expense of the men and women on the receiving end of the bully-bystander-victim dynamic that blaming, complaining, justifying and denying sends us into. A reality we are all bound to face eventually, so let us become an ally to the events of now (it’s the first time I’ve seen ‘eventually’ as ‘event-u-ally’ so had to fit that one in :)).

Now, back to where I was going with this blog before I went on my mask-less adventure. I was going to share the awareness I had last year at this time about our rights, as connected to the Practical Lawful Dissent group and its self-assumed leader, Jacquie Phoenix, who say Article 61 of the 1215 Magna Carta is ‘the only way’ to remedy the treason currently at play.

My friend Chantal shared an interview Jacquie had done that seemed insightful, yet the required process seemed overwhelming and totally foreign, so I reached out for an interview she agreed to, for which I am grateful.

Ironically, but synchronistically, my Facebook memories showed that interview was actually done on this day in 2020 so I edited the description to reflect my present understanding of that movement, and to also celebrate how far I have come in awareness since then. You can see that interview here though I no longer recommend following this process.

Getting involved with that movement did not empower me to know my rights or how to advocate for them to save my job, but it did introduce me to the concept of lawful notices which I have since used to protect myself, as a woman with all rights reserved.

It also reminded me of a fact I knew before I ventured down a rabbit hole I was told was ‘the fox hole,’ and for a time believed, which is that “where there is only one way in and out, it’s generally a trap.”

I hosted 12 weekly “Lawfully Organized Summits” featuring members of the group who had sworn an Oath to the Barons Committee and were at varying stages of completeness with the five-step notice process promoted by the group. My intention was to create a safe space where people could gather to get questions answered so they felt safe enough to move forward, while also getting my own questions answered.

Near the end, drama erupted within the group that I got brought in on that didn’t sit well with me, and so my friend and I cohosted the final meeting and then closed that chapter before we’d got so far down the supposed fox hole we couldn’t get back out.

In the past year my journey into the LAW has been deep, profound and life changing. Here are 9 takeaways that really started here:

I remember how challenging it was in those first couple meetings to wrap my head around something so simple as the difference between a letter and notice which has become a very important distinction in my world since this introduction to this realm.

No disrespect is intended toward anyone involved in this movement in any capacity, I just have genuine concern for any role I may have played in leading people toward this movement that I no longer believe is as powerful as it was claimed to be in the interview that opened my eyes to the obviously corrupt system we are all called to rectify before it is too late.

For a taste of what I’ve come to believe since, you can check out the call I hosted on November 4 on “Notices & Liability, Hierarchy of Creation & Knowing Your Proper Status.” Would love to see your comments, questions or concerns with what is shared there too! 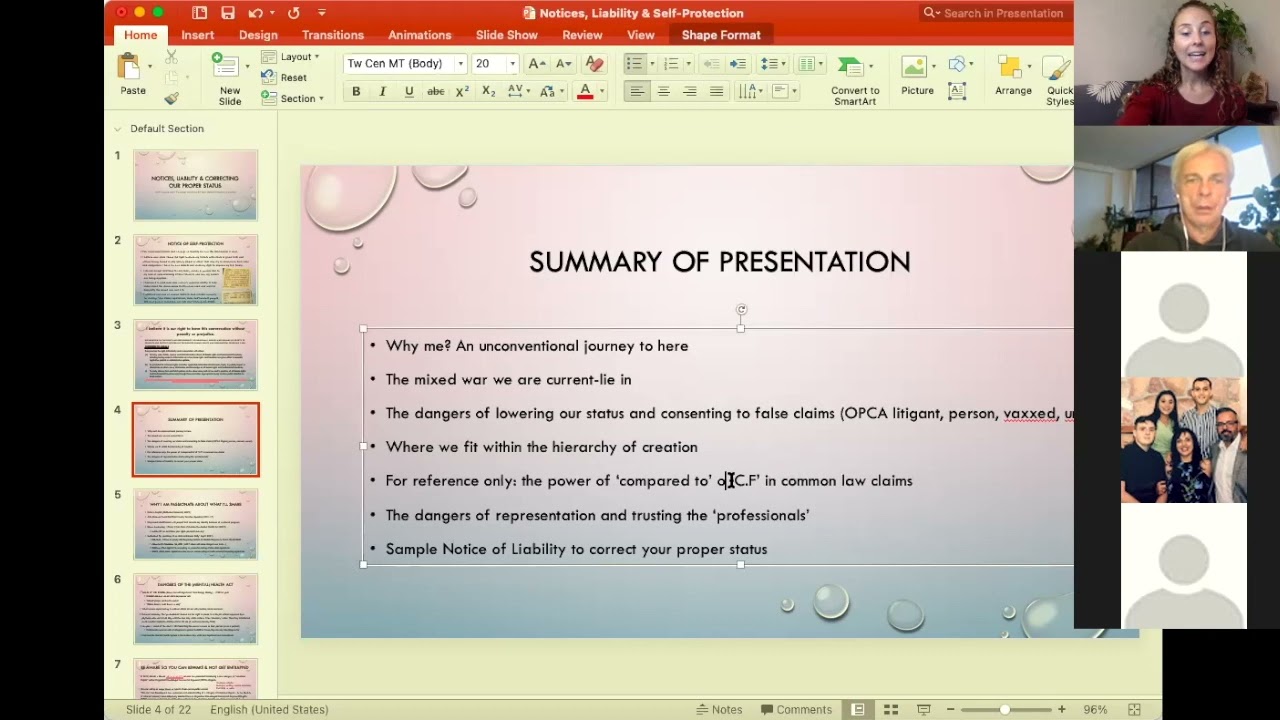