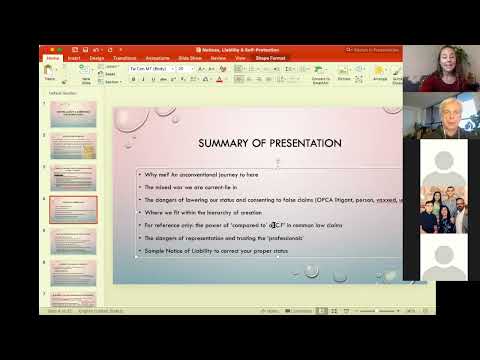 Wouldn’t you agree that we rarely comprehend the full reason for being led off a conventional path until hindsight blesses us with 20/20 vision?

When I received a summons for speaking at a rally, two weeks after having done so might I add, I didn’t fully understand where that call would take me but I knew I wasn’t about to become a ‘ward of the system’ by hiring legal representation. My experience getting locked up under the Mental Health Act in 2019 for 2.5 weeks gave me first hand experience as to why that would likely not be in my best interest, which was another less conventional way to gain real eyes to see the lies that I’d got locked up for calling out in the first place.

Half a year later I am weeks away from the third adjourned hearing for a charge I have not consented to, nor have I agreed to be a surety for my personage, as the charge is made against my person rather than me as the woman I am as I explained on Thursday on a call about Notices & Liability, the Hierarchy of Creation & Knowing Your Proper Status.

I’m sorry to say we have all been duped by the very system we were raised to believe in instead of ourselves or our cells as we are now called to do (again).

Just like the mythical figure of Santa Clause we’ve somehow grown accustomed to lying to children about until they reach an age where we let the lie die and make sure they know they are now ‘in the know’ and have a responsibility to deceive others who haven’t figured it out yet… What B.S!?

Belief Systems (B.S.) based on lies make little sense to me as someone who values truth more than the discomfort we’ve been taught to suppress about having been lied to in the name of cultural B.S.

Well what my experiences with the legal and mental health systems have taught me is that just because the systems that have been dominant through force and control are commonly accepted, it does not mean what they stand for is ok. And just because “it’s always been that way” doesn’t mean we can afford to let that way continue to be deemed ok, or mother Earth will kick her disrespectful tenants out, as any landlord would.

“It’s always been that way” is not a viable excuse.

“I was just doing my job” is also not a vie-able excuse, for the French word for life is ‘vie’ and it is time to truly start living ours! True-lie, yet not a lie at all, I just love breaking words down to see what’s beneath the surface!

Last Thursday I hosted a call to share my perspective of the truths I have discovered as I have and continue to stand for truth as a woman in my private capacity with all rights reserved, without shame for the difficult ways my soul chose to learn these lessons. Check out that replay here.

I’ll break down the content more in the next one on Thursday November 18 at 10:10pm EST. Join me then!

PS. If you received value from this blog or want to receive updates when the series I’ll soon be launching is announced, make sure you’ve signed up for emails in the signup box on ljeh.ca and confirm your email too!

Ever have those weeks when you’ve got so much to do you don’t even know where to start? I have…

Welcome to the last and best week of your month so far! Friday night was an incredible evening where Michael…