Today my Dad’s only sister and Papa’s only daughter gets buried.

She had a major stroke back in 2009 that completely changed the trajectory of her family’s life and all the health complications that followed compounded over time to make her passing a blessing, having spent the last ten months largely in hospital, on top of everything else.

I didn’t really know Aunt Kathy well because before her stroke she worked (and smoked) like a faithful chimney so we didn’t have much quality time together.

The Christmas before her stroke I had decided to make a sentimental Christmas present for my Grandparents since they made significant financial contributions to my University studies and spending money on gifts they could buy if they wanted them didn’t make sense to me. Instead I contacted as many people who knew and loved them as I could think of and asked each person to write a few words.

I remember going to Aunt Kathy and Uncle Brian’s the night before Christmas Eve to collect their contribution and have no idea what she wrote, I just remember it was short and sweet. I bet if she knew what the next years held in store for her she might have expressed herself more, given her lost ability to do so after her stroke, but maybe not. It’s hard to tell what goes on in someone else’s consciousness.

What stood out for me on that occasion has stuck with me ever since though.

I don’t remember what was said specifically but her husband wasn’t interested in participating in my project and all I remember is that Aunt Kathy shrugged her shoulders and said “he’s my rock.” And over the next eleven years while she struggled to string her words together or take care of domestic duties, he stood by her side and supported her.

She chose her King and they stuck it out, despite the challenges and difficulties they faced along the way. And so today as her family buries her body, I send them love from a distance due to Plandemic regulations and other reasons. But we all celebrate her liberation from a body she no longer had full control over, nor the ability to get it back.

In the years after her stroke, my Grandma did a lot for Aunt Kathy and because we were so close, I got to share more time with her than I ever had before. When I was first living in England I even did some coaching with her by phone to help her get her voice back and it was coming. She even managed to improve enough to get her license back for a time, but the mini strokes that followed took that away from her too and she eventually lost hope.

Aunt Kathy taught our family a lot in her last decade here and I am grateful that her soul was willing to bear such a heavy burden so we could all grow from it. 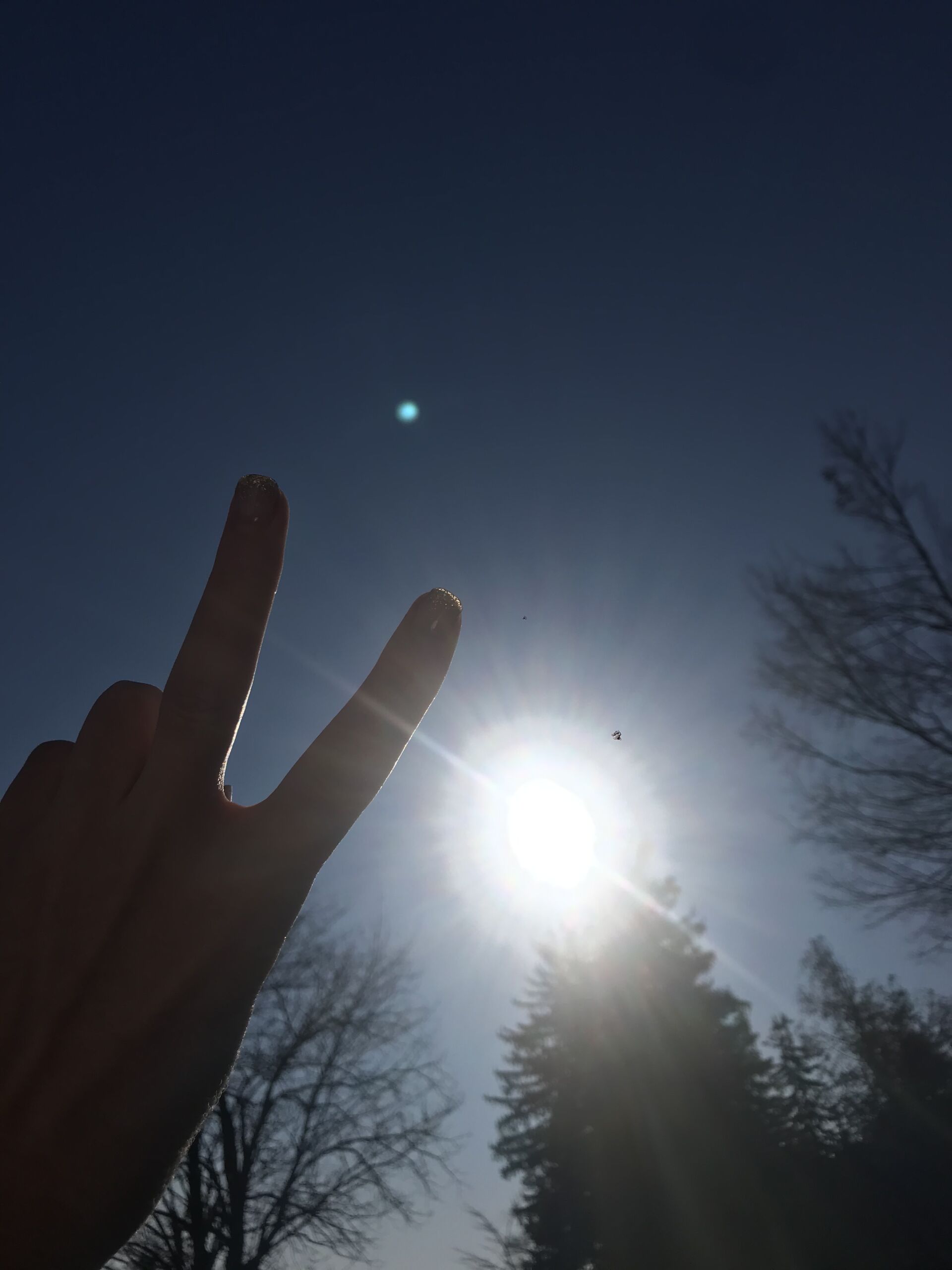 She loved animals and candy and now has returned to the source that made all of it and so I kiss my pointer and middle fingers and raise them to the skies in a peace sign, honouring her walk on this Planet, grateful for the lessons she taught us by her inability to speak in her final years.

In honour and memory of my Aunt Kathy, and those I’ve met who could not fully advocate for themselves, I am committed to ensuring we do not lose our ability to speak for or advocate for ourselves, as individuals within a global community run by treasonous officials. So when I stand as a sacred activist against the tyranny we are currently experiencing, I bring her memory with me.

May you rest in peace Aunt Kathy, and may you soar to the heights of your God-given potential next time having hopefully cleared some of the karma your soul had a chance to transmute while you were here, as we all have!

Thank you for all the lessons you taught me by not being able to fully speak for yourself as that is the intended fate of our people of all hues if we don’t finally take a stand and say no more will we be spoken for by individuals who may be doing their best but have been brainwashed to follow orders and judge what they don’t understand!

Thank you for being a rebel and what I thought was my last hope the year I wanted a hamster so badly for Christmas and so asked you knowing how gross my Mom thought the idea was. I remember when I got a toy that Christmas Eve instead of a hamster from your family I thought I’d lost my chance at what I wanted so much. And while I did actually get a hamster that year from my parents which completely blew me away and for which I was grateful, I always think of Aunt Kathy as the one I thought could make it happen if anyone would.

Thank you for being a brave and warrior spirit by nature! I appreciated that!

PS. Just as I had taken this magickal orb blessed photo and was about to post the whole blog, the power went out as often happens before significant life changing events and experiences. So it’s later than it would have been had I not lost connection for a time. I send my love to the skies for a final send off to the Soul who came here to raise fellow players of the game and help others as an RPN for years! We are in this together always, just not all ways now.